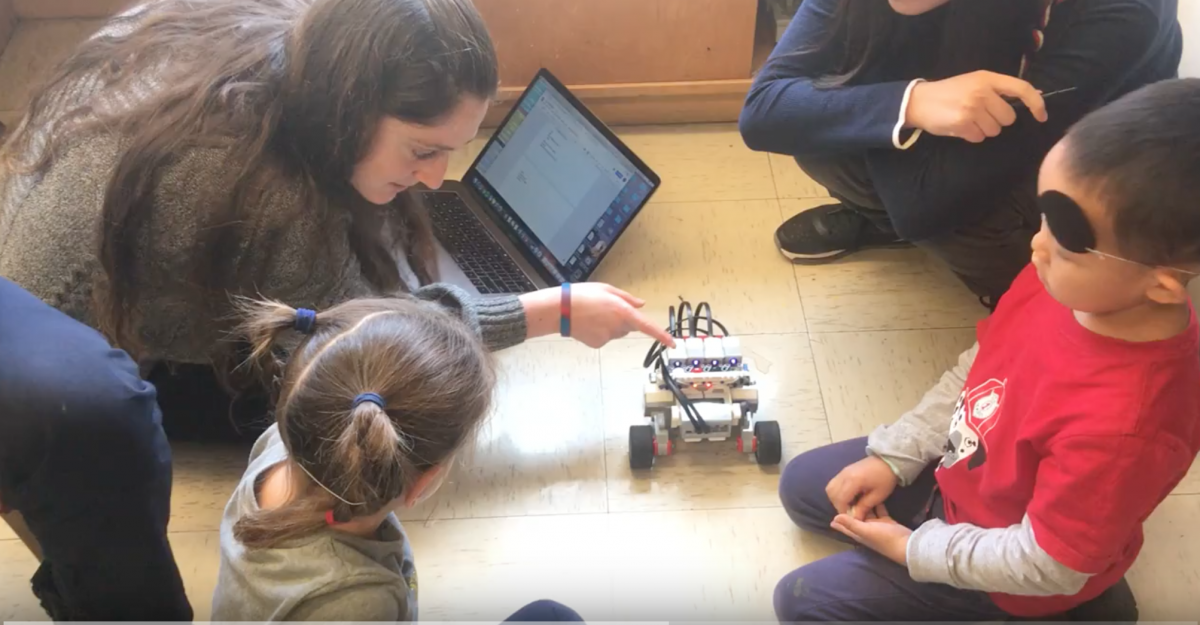 The purpose of our project is to encourage moral development of children ages 5-7.  We decided to focus our project in on cooperation and create a technology that encourages the users to work together to reach an end goal.

Users are each given four "fuel" tokens of the same color.  The robot created has four slots for fuel, meaning that a single child is able to fill up all the slots with just their own color. The robot drives forward certain predetermined distances based on the variety in the colors "played" by the children. Ideally, children are able to learn that by combining their fuels, the car will go further.

As a team, we were able to gather a lot of useful feedback in terms of the functions of our first prototype.  One major change that we will be making is removing a slot so that each child will have been included when the "correct" combination has been reached.  Additionally, we were calling our robot a car but it did not look like a car and we got the feeling that sometimes the children were a little confused.  For the final prototype, we plan to add a frame to our car as shown below:

Another issue we ran into was that the children were inclined to believe that the different car speeds were a result of the colored fuel tokens representing different amounts of energy. To combat this, we changing the tokens to colored keys instead, with the same functions as before.