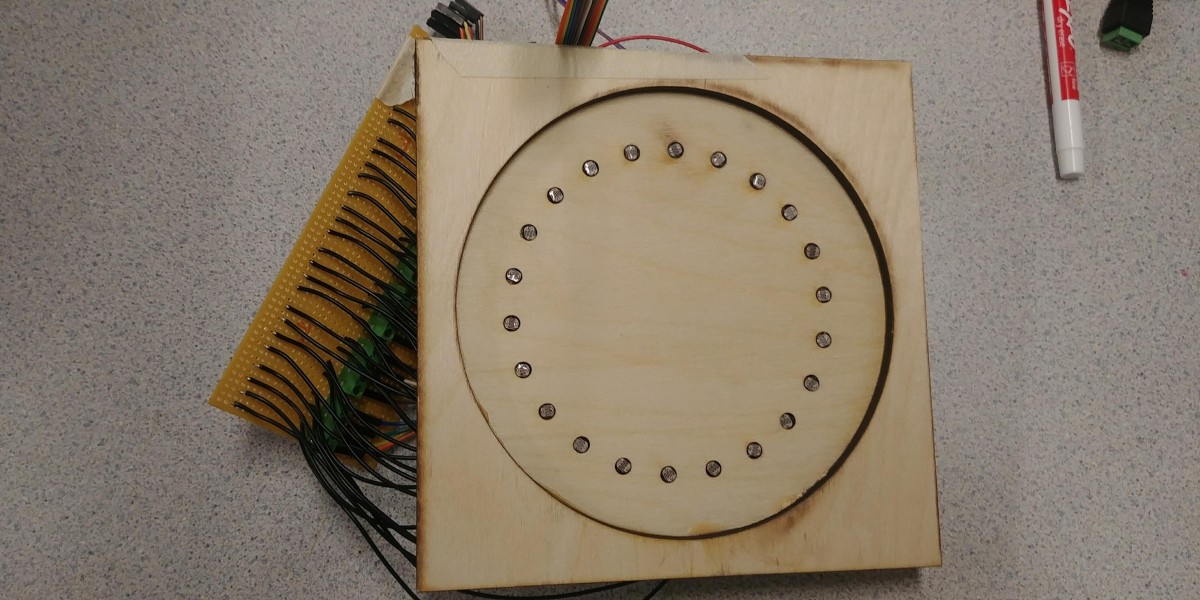 For the current iteration of our project, we have decided to go with a photo resistor solution to detect placement of pieces on our game board. For the hardware, we had to wire up the whole board to the 22 ports on the Arduino and due to being limited as a digital signal it would either register that yes something is placed, or there is nothing placed.

For the software, we have various codes each done with various intents. The different codes have designated levels and modes, for the level of difficulty that the game will be played under. This will not be in the final code as we realized as it currently stands the game is in fact too easy for the students so something challenging for them would be funner.

Due to ease of use the coding was done on Matlab, the final project will have it done on Python 2.7. For out prototype, the procedure was to manually choose the level of play to access the level of the students that we had.

During our testing we had a lot of feedback on how to proceed in the future. Apparently we were underestimating students in second grade. At that point they had a strong grasp and understanding of simple fractions which made our game seem almost easy to them. Moving forward we can advance with our idea knowing that it will not prove challenging and frustrating to them.  Hardware wise, we will go and make an image processing system that will be stored in the Arduinos and not require any photoresistors as they proved to be quite difficult to work with. The arduino was unable to detect some of the pins and thus prove innefective. Due to the ease of use in Python 2.7 we will continue with it and not use Python 3.0 for its lack of functionality with SimpleCV.